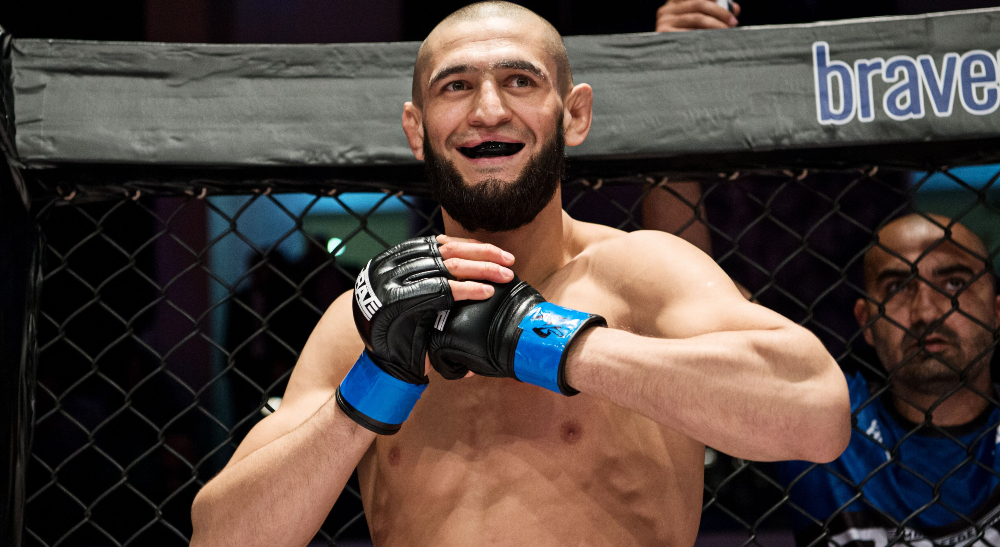 BREAKING NEWS: Khamzat Chimaev vs. Li Jingliang in the works for UFC 267

The bout is not signed but has been verbally agreed upon by both parties, Octagon.bet confirmed with multiple sources.

Just a day removed from the launch of Octagon.bet we’ve got some blockbuster news for you. We’re told that Swedish UFC standout Khamzat Chimaev is making his octagon return at UFC 267 on October 30th, and we’re also hearing that he already has a fight in the works.

According to multiple sources, the UFC are looking to book a welterweight showdown between Chimaev and Chinese powerhouse Li Jingliang, who’s currently ranked at No. 12 in the division. The fight has been verbally agreed upon by both parties although no bout agreements been signed yet, sources say.

UFC 267 is expected to take place in Abu Dhabi.

For Chimaev, this will be his first fight in over a year. He last fought as a middleweight back in September, knocking out Gerald Meerschaert with a brutal uppercut in just 17 seconds.

Chimaev, nicknamed “Borz” which means “wolf” in Chechen, is undefeated with a 9-0 record and has fought three times in the octagon thus far. He has finished all his opponents and actually set a new record by winning all three UFC fights in just 66 days, while absorbing only two strikes in all fights combined.

Chimaev was previously booked to fight top-ranked contender Leon Edwards. However, that fight got postponed two times between December of 2020 and March of 2021 due to COVID 19, before Edwards went on to face both Belal Muhammad and Nate Diaz instead while Chimaev was still recovering.

At one point, Chimaev was so sick that he actually thought he was going to die. He even put out a post on Instagram contemplating retirement, before changing his mind as he started to feel better again.

For the last couple of months, Chimaev has been fully back to training. He was recently in Las Vegas alongside his friend and teammate Alexander “The Mauler” Gustafsson, and is currently at home in Stockholm, Sweden where he’s training at Allstars Training Center.

Does Chimaev belong in the top 15?

When the hype surrounding Chimaev was at its peak, he was ranked in the top 15 at welterweight despite having fought just once at 170 in the UFC.

He has since fallen out of the rankings, but will now get his chance to earn his spot back in.

Does Chimaev belong in the top 15? That we’ll find out when he takes on Jingliang.

Jingliang, nicknamed “The Leech”, holds a professional record of 18-6 with half of his wins coming by way of knockout. He’s fighting out of China Top Team and has racked up ten wins and four losses in the UFC.

In his last outing back in January, Jingliang knocked out Santiago Ponzinibbio in the first round.

Note that the fight between Chimaev and Jingliang is not yet official, although we’re expecting further confirmation on the bout soon. Remember where you heard it first and make sure to follow Octagon.bet on Instagram to keep up with the latest news, stats and fight odds.