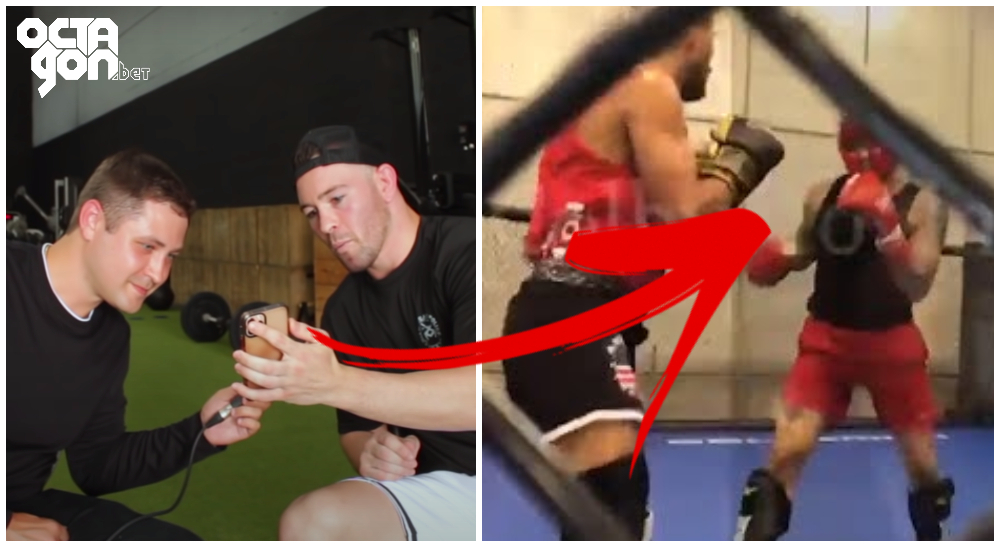 Controversial UFC star Colby Covington has criticized Dustin Poirier for going hard on teammates in sparring. According to Covington, Poirier is no nice guy inside the gym – instead he’s bragging about dropping amateurs.

“The guy wearing full nerf gear head to toe to protect his face and his feelings is Poirier. The guy with no headgear, wrestling credentials or brain cells left is ‘khabib’. Dustin Poirier, good guy? Bad guy? You be the judge,” Covington wrote on social media while releasing a video of Poirier knocking down his sparring partner and shouting “and new!”.

However, it turns out Poirier’s sparring partner was no amateur at all. He later revealed himself to be Titan FC veteran Felipe Douglas, holding a professional record of 18-5.

Douglas was helping Poirier to get ready for former UFC lightweight champion Khabib Nurmagomedov ahead of their title fight back in 2019.

“I don’t want people to think this is an amateur kid or something like that,” Poirier said in a respons to UFC Arabia. “That was a professional fighter. I mean that’s what happens in gyms during hard sparring, real sparring.”

With all said and done, it seems as though Covington’s attempt to smear Poirier wasn’t very successful. Most fighters have instead sided with Poirier, including ATT teammate and UFC star Jorge Masvidal.

“Why don’t you post the video of Dustin Poirier dropping you with a body shot? Always hating on people with power,” Masvidal wrote on Twitter in response to the leaked sparring footage.

Now, let’s put this saga to bed and look forward to Saturday’s UFC 264 where Poirier takes on superstar Conor McGregor in a big trilogy bout that’s also expected to serve as a No. 1 contender fight at lightweight.

The pre-fight press conference starts at 5 pm Pacific Time (8 pm ET) on Thursday and you can watch it right here at Octagon.bet.

We’ve also got you covered with a complete UFC 264 guide – check out the fight card, betting odds and streaming info right here.