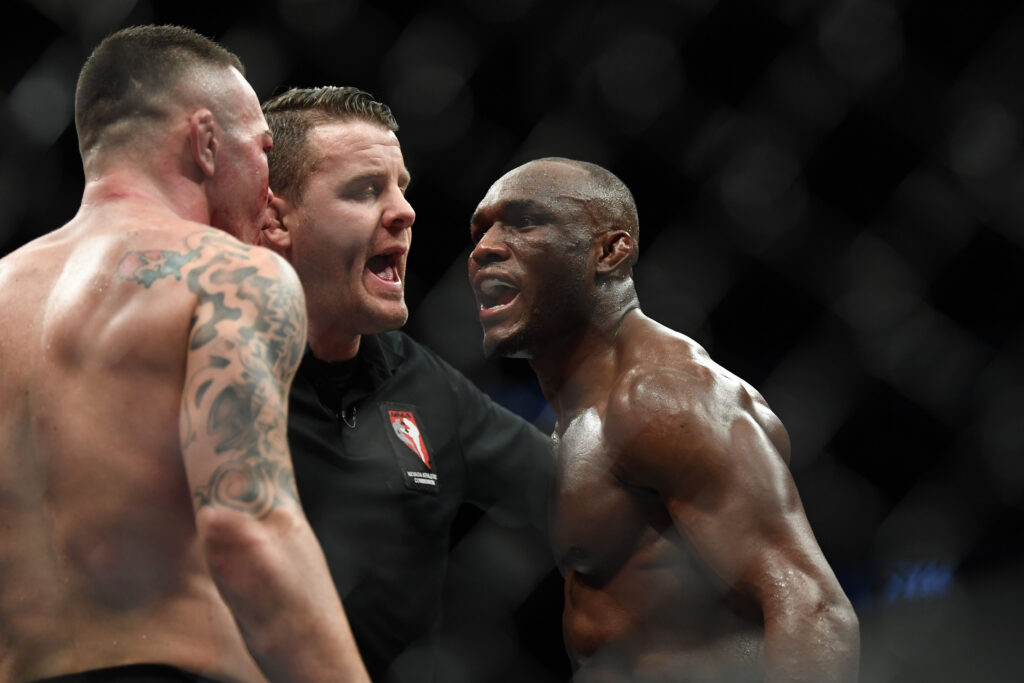 The UFC is hoping to be back in Madison Square Garden in November, according to ESPN.

UFC welterweight champion Kamaru Usman will once again defend his title against former interim champion and No. 1 contender Colby Covington. The rematch is agreed upon and slated for UFC 268 in November, UFC boss Dana White told ESPN’s Brett Okamoto on Monday.

The bout is expected to headline UFC 268. An official date and venue is yet to be announced, but the UFC is reportedly looking to go back to Madison Square Garden in New York City.

Usman won the first fight against Covington by TKO in round five back in 2019. Before the finishing sequence, both fighters had their moments and put on one of the most exciting UFC title bouts in recent years.

Check out the stats and official result from their first fight on UFC 245 right here.

Usman has since defended his title against both Jorge Masvidal (two times) and Gilbert Burns while Covington has fought just once, defeating former champion Tyron Woodley.

Who do you think will win the rematch? Stay tuned for the latest fight news, odds and stats ahead of UFC 268 right here on Octagon.bet, and make sure to follow us on Instagram, Twitter and Facebook to stay up to date!