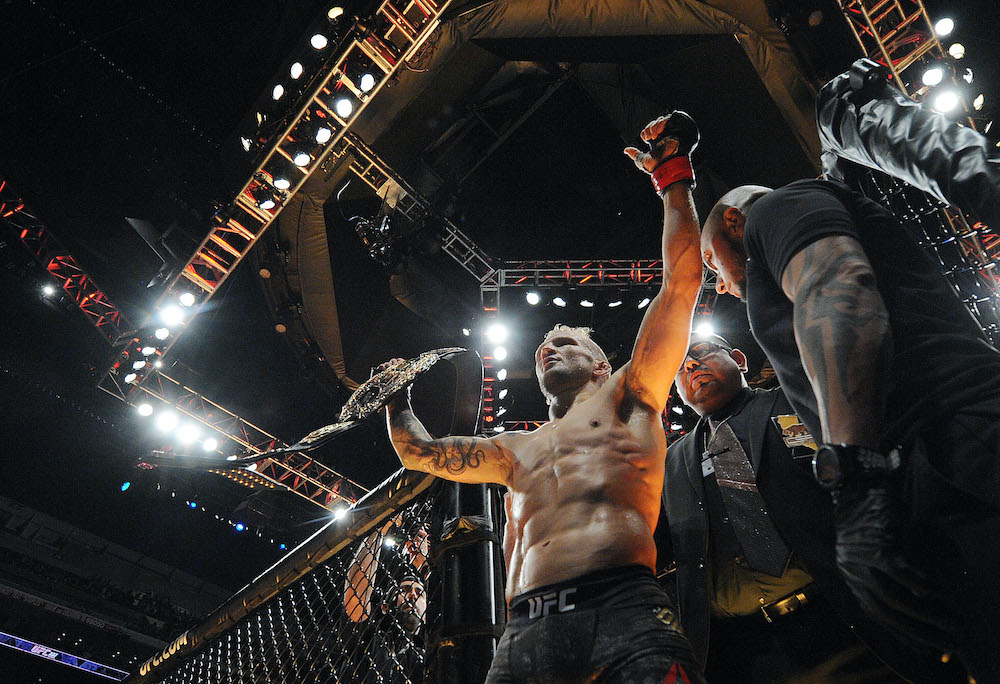 Here's all you need to know!

Former UFC bantamweight champion TJ Dillashaw makes his octagon return on Saturday night, as he takes on No. 2 ranked Cory Sandhagen in the main event of UFC Vegas 32.

Dillashaw hasn’t fought in over two and half years. He was suppose to take on Sandhagen back in May following a two-year USADA suspension, but the fight was then postponed due to a cut. Now, Dillashaw is finally back and is hoping to prove that he’s still the top dog at 135.

Sandhagen, on the other hand, is coming in hot and is out to cement his place as the No. 1 contender. He’s won his last two bouts in spectacular fashion, as he finished Marlon Moraes by TKO with a spinning heel kick and then went on to knock Frankie Edgar out cold with a flying knee.

Check out the tale of the tape for Sandhagen vs. Dillashaw right here.

In the co-main event of UFC Vegas 32, Aspen Ladd was supposed to take on Macy Chiasson. However, that fight got cancelled due to an injury sustained by Chiasson.

The entire event will be streaming live on both ESPN and ESPN+ in the US.

In the UK, the card will be streaming live on BT Sport 2 HD and across BT Sports’ digital platforms.