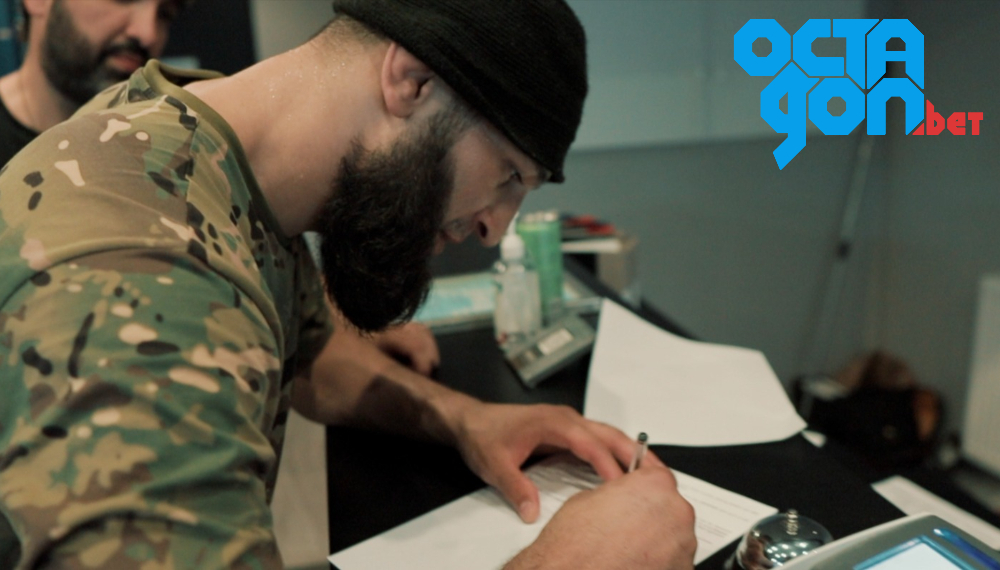 Khamzat Chimaev is Officially Back, Team Wants One More Fight BEFORE UFC 267!

Octagon.bet first broke the news of Khamzat Chimaev vs. Li Jingliang being added to UFC 267. Now, Chimaev has signed his bout agreement.

“Surprise surprise, The Wolf is back,” Chimaev says in a video released by Frontkick on Youtube.

Octagon.bet first broke the news on the matchup being added to UFC 267, which takes place in Abu Dhabi. You can read more about the fight right here.

This will be Chimaev’s first matchup against an opponent ranked in the top 15. He’s currently 9-0 (3-0 in the UFC) and has finished all his previous fights.

Amazingly, it’s still not clear if UFC 267 will be the next time we’ll see Chimaev step into the octagon. His team actually wants another fight before that – preferably in the beginning of September.

“When he’s ready, he’s ready. He’s going to keep being active like he was before,” says Chimaev’s manager Majdi Shammas.

“Now he’s coming back to his old self again,” he adds.

In the video, Chimaev’s head coach also explains that they’ve decided to focus on welterweight going forward. That’s why the team recently decided to turn down an offer to face former middleweight champion Luke Rockhold.

“It’s not that we don’t want the fight. But we want to choose a weight class, and then go for the belt in that weight. We don’t have a problem fighting anyone, but it has to be in one weight, and going for the belt. If we jump up and down, left and right, we’re never going to get that belt. So we have a mission – we need to get the belt,” says Andreas Michael.