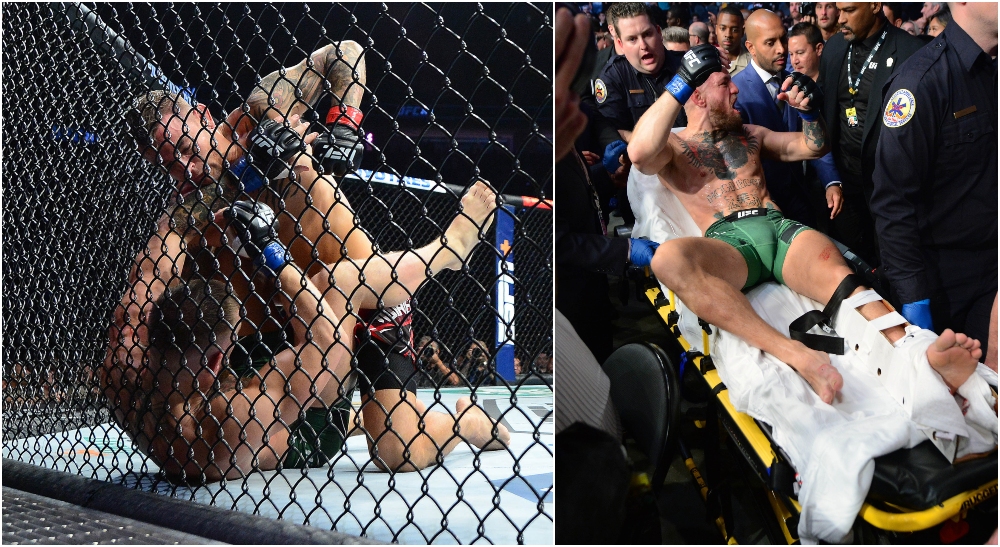 Dustin Poirier was on his way to finish Conor McGregor. The Irishman seemed to get saved by the bell, but couldn't continue due to a broken leg. Check out the complete UFC 264 results and the post-fight press conference right here at Octagon.bet!

Dustin Poirier came out on top of the Conor McGregor trilogy. But his TKO victory at UFC 264 was somewhat anticlimactic.

McGregor started off good, using leg kicks to give Poirier a taste of his own medicine. However, it didn’t take long until “The Diamond” secured a takedown. From there, Poirier had the Irish superstar in all sorts of trouble and looked to be very close to finish the fights with some brutal ground and pound.

In the last seconds of round one, Poirier suddenly decided to let McGregor up. Then, just a few seconds later, he landed a punch that sent McGregor back down and started teeing off once again.

McGregor was saved by the bell – but couldn’t continue on fighting due to a broken ankle. The replay later showed how his leg snapped just seconds before the round was over.

Therefor, the bout was over as Poirier was awarded the win by TKO (doctor stoppage), officially at the 5:00 mark of the very first round.

Check out all the official results from UFC 264 below.

More on Octagon.bet: Khamzat Chimaev vs. Li Jingliang in the works for UFC 267