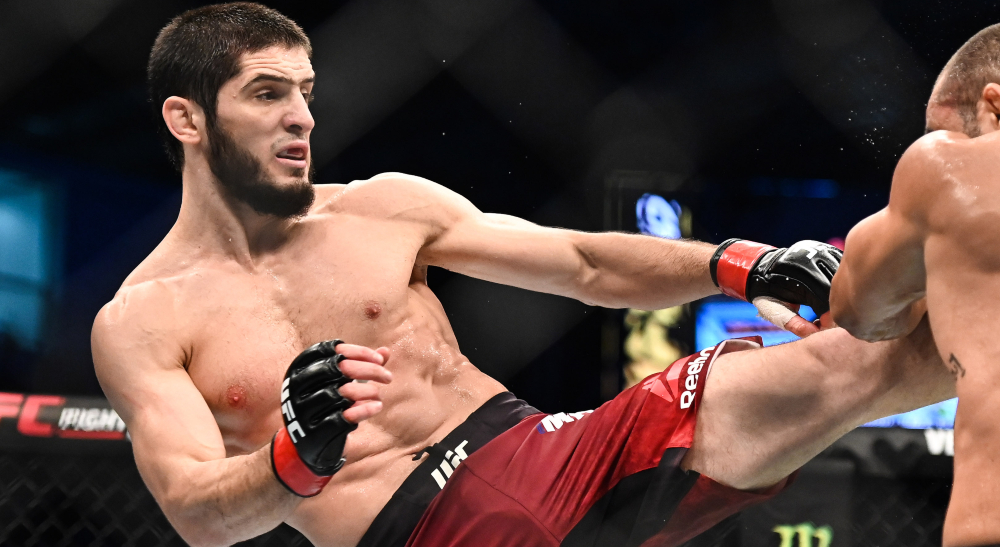 Islam Makhachev continues his dominant streak in the UFC, while former champ Miesha Tate scored her first octagon win since March 2016. Check out the official results, bonuses, and press conference below!

Islam Makhachev put on another great performance as he finished contender Thiago Moisés by fourth round submission in the main event of UFC on ESPN: Makhachev vs. Moisés last night.

Makhachev, who put away Drew Dober via submission in his last fight, is now on an eight fight win streak and seems to be closing in on a coveted lightweight titel shot.

The co main event saw Miesha Tate put away veteran Marion Reneau via third round stoppage due to strikes. This was the former champs first fight in almost five years, and her first victory in the octagon since she submitted Holly Holm for the bantamweight gold in March 2016.

Check out all the official results from UFC on ESPN: Makhachev vs. Moises below.

The following fighters were rewarded with $50 000 bonuses.

Check out the official press conference below!

More on Octagon.bet: Khamzat Chimaev is Officially Back, Team Wants One More Fight BEFORE UFC 267!